When Carol Ann Riha, 57, filled her prescription for the generic cholesterol-lowering drug Pravastatin, she was in for sticker shock. For months she’d been paying $4 for a 30-day supply. Suddenly the price had climbed more than four times as high, to nearly $19. “I asked my pharmacist why, and she had no answer,” says Riha, a retired journalist who lives with her husband in West Des Moines, Iowa.

Around the same time, Riha’s generic hormone replacement medication, which had averaged about $40 a month out of pocket, soared to $101. On a fixed income, Riha keeps track of every penny. By her accounting, the drugs that cost her $849 in 2013 almost doubled in price last year, to $1,700. 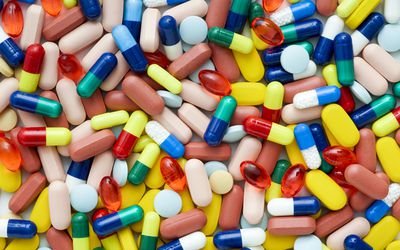 Across the country, people like Riha are going in to fill prescriptions only to discover that the cost has doubled, tripled and in some cases soared by 1,000 percent or more. The price spikes for some generics are so steep and unexpected that the Senate Subcommittee on Primary Health and Aging held a hearing late last year to investigate. While overall health care spending has held relatively steady in recent years, the cost of drugs has outstripped inflation — sometimes by a long shot.

The reasons remain controversial. What can be done to keep drugs affordable is even more contentious. One thing seems clear: If you need prescription medication, chances are good you’ll be paying more for it. Here is what’s behind soaring drug prices.

Generic drugs, which account for about 80 percent of all prescriptions, have been one of the few bargains in U.S. health care. Experts say cost savings from the growing number of generic drugs have gone a long way toward keeping the lid on overall health care costs. The reason: Once the patent on a brand-name drug expires, generic manufacturers can move in, creating more competition and lower prices.

But those cost savings appear to be slowing. In its latest report, released in May, the AARP Public Policy Institute (PPI) found that the cost of a market basket of 280 generic drugs widely used by older Americans fell by only 4 percent in 2013 — the slowest rate of decline during any of the prior seven years. The average annual retail price of a generic drug prescribed for a chronic condition — a little more than $280 per year — didn’t budge at all from 2012.

That’s worrisome enough. But lately, pharmaceutical experts have begun to notice something even more disturbing. With almost no warning, the prices of generic drugs that have been around for years — medicines that typically cost a penny a pill to make — have suddenly spiked. Even pharmacies have been shocked by the rise. “When we polled our members about a year ago, they were experiencing a rash of dramatic price increases for generic drugs,” says Kevin Schweers, a senior vice president of the National Community Pharmacists Association, which represents small independent drugstores. “Some of the rises occurred virtually overnight. And it continued to snowball and impact more and more medications.”

Why are some generics, including pills that have been around for decades, suddenly so expensive? In some cases, the cost of making a generic drug may increase, experts say — although that’s unlikely to explain most of the recent increases. Another reason: Mergers and acquisitions in the generic drug industry have reduced the number of competitors. “One of the reasons generic drugs are inexpensive is that there is competition in the market,” says Aaron Kesselheim, M.D., a Harvard Medical School expert who studies drug pricing. “When that competition goes away, prices will rise.”

Between 2002 and 2013, for instance, the number of manufacturers making oral digoxin, a heart drug, fell from eight to three — and the cost soared by 637 percent. Other competitors can enter the market, of course. But it can take a year or more to get Food and Drug Administration approval to make a generic and to ramp up manufacturing. Until then, prices can remain sky high.

Price spikes aren’t a new phenomenon, says Stephen Schondelmeyer, an expert on drug policy and pricing at the University of Minnesota, who coauthors AARP’s drug pricing reports. “We’ve seen drug companies raise prices before when new regulations come along. We saw it when Medicare Part D was implemented. We saw it back when Medicaid rebates were implemented. We’re seeing it now partly because of the regulatory changes associated with the Affordable Care Act. Drug companies drive the prices up when they’re worried about the effect of new regulations.”

But some experts say the recent sharp spikes have all the earmarks of price gouging. “You’ll see a particular dosage of a medication shoot up while other dosages remain the same,” says David Belk, a physician in Alameda, Calif., who hosts a website called True Cost of Healthcare. “Sometimes you’ll see prices spike up suddenly, stay high for a month or two, and then drop down again, for no reason.” But as long as drugmakers aren’t colluding in raising prices, experts say, there’s nothing illegal about jacking up prices.

New drugs have always been pricey. And drug companies defend those high prices because the research and development that goes into making new medications is enormously expensive. “When a new drug is released, pharmaceutical companies can charge whatever the market will bear to recoup their R&D costs and make a profit,” says Harvard’s Kesselheim. “And historically, some brand-name drugmakers have steadily increased the price over time.”

Because brand-name drugs reap such huge rewards, pharmaceutical companies have begun to resort to controversial ways to protect their monopoly. One strategy is to change the formula — to create a time-release version, for instance, that continues to remain under patent. Another strategy has been dubbed “pay for delay.” “Essentially, brand-name drugmakers pay generics not to enter the market,” explains Geoffrey Joyce, an associate professor of pharmacy at the University of Southern California who studies drug policy.

One of the most egregious examples he cites is Plavix, an anticlotting medication prescribed to prevent stroke. When the patent was challenged, the company that makes the drug agreed to pay a generic manufacturer tens of millions of dollars not to enter the market. “The brand-name drugmaker wins because they get to go on charging high prices,” Joyce says. “The generic companies win because they get paid not to make a drug.”

The bottom line: The already high prices of brand-name drugs will continue to climb. According to another AARP Public Policy Institute report released in November 2014, the average retail price of a market basket of brand-name drugs widely used by older Americans climbed almost 13 percent higher in 2013 — more than eight times the general inflation rate. Of the 227 brand-name prescription drugs in the study’s market basket, 97 percent saw price increases.

“Many of these brand-name drugs are expensive to begin with. So when you see a price increase of 10 or 20 percent or more in one year, you’re talking about a lot of money,” says Leigh Purvis, the director of health services research at the AARP Public Policy Institute, who coauthored the report. “If you pay coinsurance or a percentage of drug costs, you’re already feeling the impact of those price increases. And all signs suggest prices of brand-name drugs will continue to rise.”

If you don’t have insurance, drug price increases can be crippling. If you do have insurance or are on Medicare, your share of drug costs is likely to go up, either in the form of higher percentages or higher copays. Since Medicare gets socked for the higher prices of many drugs, taxpayers also pay for rising drug costs. Indeed, government programs now foot the bill for half of all prescription drugs.

Many can’t. According to recent estimates, more than one quarter of prescriptions aren’t filled because people can’t afford them. “Effective drugs have been developed and approved, and pharmaceutical companies are putting a price tag on them that puts them out of reach of more and more people,” Schondelmeyer says. “That has to change.”

Post Views: 154
Related tags : including pills that have been around for decades suddenly so expensive? Why are some generics